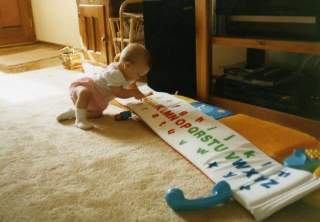 Last night, I sat down on my floor, opened up the binder that contains approximately 370 pages of my novel-in-progress—all of one draft and the first third of another—and wrote a summary of each scene on color-coded index cards. As I’d learned at a recent writing workshop, indexing your scenes in this manner can be a helpful tool in charting a novel’s progression. Are my scenes in a sensible order? Is the plot of this novel progressing in a logical way? Are my characters developing emotionally?
After I’d laid out my index cards end to end, I was pleased to discover that the answer to all these questions was Yes. I still need to round out some of the emotional beats in the last third of the manuscript, and I need to rewrite the novel’s climax, which my ancient former computer deleted in a last-ditch protest against running Microsoft Word. (You had one job, computer!) But after six years of work and six full drafts, my novel finally feels like a book, like a manuscript that could be sent to a literary agent who would want to see more. 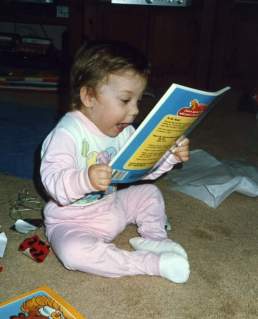 So, to paraphrase David Byrne, I asked myself, How did I get here?
No, seriously—if you’ve not yet had the pleasure of glimpsing the finish line, of measuring the time to a finished, agent-ready draft in weeks and months rather than in years, it’s a unique emotion. For me, it feels most akin to a graduation: the rush of triumph at your achievement, the urge to hug your family and classmates and professors out of gratitude for the time they’ve invested in you, the relief at one stage of your life coming to an end, and the knowledge that the next phase is just beginning.
Compared to other people’s Journeys to Planet Write, I feel mine has been fairly straightforward. In second grade, after learning that a real live species of people called writers had created the books I’d been devouring since I was three, I wrote my first short story. I wrote my first novel when I was in junior high, in a fit of obliviousness toward the potential cruelty of eighth graders, and then told my classmates about it. The novel was a total rip-off of whatever epic fantasy series I was reading at the time (talking animals, people with liberally-sprinkled apostrophes in their magical-sounding names), but most of my nine classmates, to their nerdy credit, asked to read it. That was my first brush with encouragement from people who weren’t my parents, and it powered me forward—although to be honest, I would’ve continued to write even if no one was reading, which was what I did all through high school. 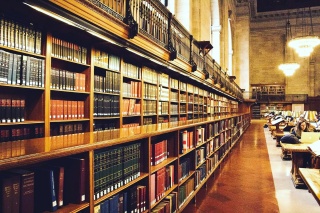 In college, I transitioned into historical novels and literary short stories, the latter of which earned me several school writing awards—the first time that non-parental adults had liked my work. After graduation, I started teaching, wrote a cry-for-help roman à clef that I eventually trunked, took two years’ worth of novel-writing courses through UCLA Extension, attended my first writing conference, and applied to MFA programs. One of the programs was kind enough to let me in, and I worked very hard for two years to graduate with a concentration in fiction.
And now here I am. With a novel manuscript in front of me. Counting down the weeks until I send it out.
In short, I’ve been writing all my life, and I’ve been extremely lucky in that no one has ever told me to stop.
I can’t emphasize how important that last part is, though: no one has ever told me to stop. Aside from my many privileges (being born white and straight and well-off, albeit with a host of severe medical issues), which have allowed me, for the most part, to plan my writing career in methodical stages, the most important factor in my writing career has been my supportive community. When I was seven, writing that first short story about a baby deer, my parents and teachers didn’t tell me to give it up for math and science. In junior high, when it would have been far easier for my classmates to taunt my ambitions, they encouraged me instead. The friends I made through my MFA program have invited me to literary readings and introduced me to people who’ve helped my career. Even the people in my life who don’t write—friends from high school, colleagues, my boyfriend—have always asked after my writing. Let me tell you, there’s no bigger motivation to finish your manuscript revisions than sitting in an airport with a former coworker and hearing him ask, “So, how’s your novel coming along?”
It’s because of this community’s love that I’ve been able to keep writing through illnesses, family upheaval, and personal losses. Thanks to them, it’s not just my novel that feels ready. My writing career itself has proceeded in a sensible order. Despite periods of chaos, my life—if not the world—is progressing in a logical way. And I, as a person, am developing emotionally. I owe it not only to myself to keep putting words on the page, but to the wonderful people around me. If this is my lifelong Journey to Planet Write, then my community is the rocket ship that propels me forward. (And, you know, keeps me from getting sucked into space and going kablooie.)
So I’m not going to stop.

Rachael Warecki is a native of Los Angeles whose work has appeared in The Los Angeles Review, The Masters Review, Midwestern Gothic, and elsewhere. She holds degrees from Scripps College and Loyola Marymount University, as well as an MFA in Fiction from Antioch University Los Angeles. She is currently at work on a novel, which is an eight-word phrase that describes her entire past, present, and future.

1 thought on “JOURNEY TO PLANET WRITE: No One Has Told Me to Stop”