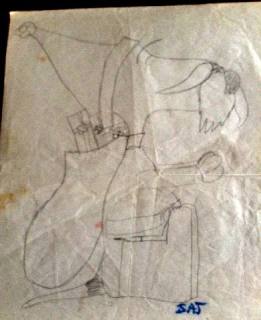 The first thing I remember wanting to be was a cartoonist. I spent hours drawing the Peanuts gang, copying what I saw every day in the comics of the newspaper, dreaming about creating my own strip one day.
As a kid, I never once thought about writing as a career. Sure, I enjoyed the creative writing assignments in grade school and junior high. I even worked on the school newspaper. But that was only a fun thing to do, not a potential career choice.
Still, the few stories I wrote must have been important to me since I saved them, stashing them away in a box of memorabilia. When I found them recently among the report cards, autograph books and miscellany I’d collected, I discovered I gravitated toward crime stories even then. I remember reading a lot of mysteries, but hadn’t realized I liked to write them as well.
The older of the two stories I found, “Sleepy Toes and Fido,” featured a donkey (Sleepy Toes), a hippie dog (Fido) and a jewelry theft. By the end of the (very) short story, the jewelry had been returned and all was well. The second story, “Murder in Catville,” involved cats, a murder, a ghost, a seance and a secret panel in the wall. At the end, the murderer is caught and peace restored to Catville. Both of these stories end well, so I can see at a young age I was more inclined toward cozies than noir. That’s still true today. Most of the mystery reading and writing I do is on the cozy end of the spectrum, although I occasionally channel my dark side in short stories.
At the time I wrote “Murder in Catville,” my interests had turned to more academic subjects like math and history. When I entered college, I was considering math as a major, but hadn’t fully committed to it. Then, on the campus of the University of Southern California, I discovered Computer Science and fell in love with programming. The major was fairly new at the time (the IBM PC came out the year I graduated) and, as you might guess, male-dominated. Of the 100 or so students majoring in CS, few of us were female. I don’t remember the exact number, but I think it was around five. 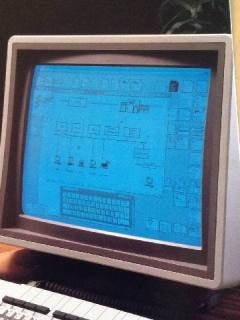 My first job out of college was at Xerox where I worked on software for the 6085 computer system and its predecessor, the Xerox Star, the first commercial system to incorporate technologies such as a bitmapped display, graphical user interface, Ethernet networking, icons, folders and a mouse.

It was an exciting and fun time. I consider myself fortunate to have worked with and been around so many talented people and to have been involved with such cutting edge technology. Over the years, I worked on a number of other projects in various roles—programmer, software development manager, technical program manager. The only writing I did during this time was technical documentation.
Fast forward twenty years. I woke up one morning with the image of a young woman finding the body of her painting teacher in her garden. That image stuck in my brain and wouldn’t go away. I was coming to the end of a contract and looking for a new challenge. Even though I’d always thought writing a mystery would be too hard, I decided to give it a shot. I pulled up my big girl pants, sucked in my breath and plunged in.
It hasn’t been an easy path. I lost track of the number of times I considered quitting. But, every time I thought about it, something inside me urged me to keep writing. I kept on reminding myself I was learning a new skill. It would take time.
I wrote, took a couple online courses on writing mysteries and wrote some more. I was ecstatic when I got an Honorable Mention in a Writer’s Digest short story contest and over the moon when my first short story was published. 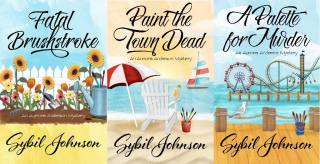 While I was writing short stories, I was also working on the idea that had got me started down this path in the first place. I wrote a version of the book, decided it wasn’t good enough, and started over again. Ten or fifteen years later, I felt I had something a publisher might find interesting. In 2013, I attended the California Crime Writers conference, a mystery writer’s convention that I had co-chaired in 2011. There I met the managing editor of Henery Press. After some modifications, they expressed an interest in buying the story and the Aurora Anderson mystery series was born. The first book, Fatal Brushstroke, was published in 2014 followed by Paint the Town Dead and the recently published A Palette for Murder.

I still find writing hard, the hardest thing I’ve ever done. But it’s also the most rewarding. The satisfaction I get from crafting a story out of thin air more than makes up for the difficulty. 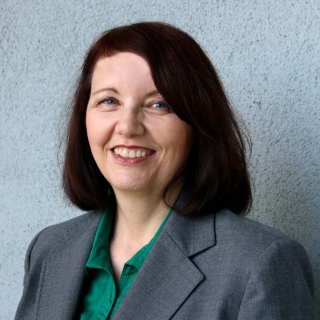 After a rewarding career in the computer industry, Sybil Johnson turned to a life of crime writing. Her short fiction has appeared in Mysterical-E and Spinetingler Magazine among others. She wields pen and paint brush from her home in Southern California where she writes the Aurora Anderson mystery series set in the world of tole/decorative painting (Fatal Brushstroke, Paint the Town Dead and the recently published, A Palette for Murder). Visit her at www.authorsybiljohnson.com or check out Type M for Murder (typem4murder.blogspot.com) where she posts every other Wednesday.

Sybil Johnson is a member of the Los Angeles chapter of Sisters in Crime.

Sisters in Crime/Los Angeles and SoCal Mystery Writers of America invite emerging and established mystery writers for a weekend of invaluable guidance, insight, and community at the 2017 California Crime Writers Conference. Whether your novel is brewing in your imagination, ready to publish, or you already have several published books under your belt, our workshops, presented by agents, editors, award-winning authors, and crime investigation professionals, are geared to elevate your mystery writing skills and foster relationships on your path to publication and beyond.
http://www.ccwconference.org