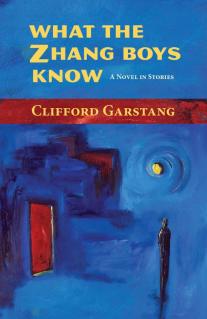 Some days I envy the young writers who, right out of college, sit down to write their first novel and never stop writing. How much they could accomplish over a career of forty or fifty years! If only I had been able to do that!
But most days, when I’m being rational, I accept that I’ve taken the journey I had to take. I’m the person I am today—the writer I am—because of the non-writing work I’ve done and because of the places I’ve seen. If my lifetime writing output is smaller as a result, sobeit.
Like many writers, I was first a voracious reader. The Hardy Boys. Chip Hilton. Those are the books I collected and that stand out in my memory, although there must have been others. In high school I discovered books that made me think. I was one of those kids whose mind was blown by Hermann Hesse: Demian, Siddhartha, Steppenwolf. Even required reading in school got me excited: The Bridge of San Luis Rey, Rosencrantz and Guildenstern are Dead, Heart of Darkness. Another title comes back to me now that was influential at the time: Stranger in a Strange Land.
I was taken by the universal questions these works asked, and I came to admire the writers who had created them. I wanted to be one of them.

In college I majored in Philosophy, not because I knew anything about the subject but because of those questions my favorite writers were asking. If I were going to write like them, I needed to know how to think and also how to ask questions.
It should be noted that I wasn’t doing much writing of my own during this period. I did take a couple of creative writing classes in college, but I didn’t take it seriously. As graduation approached, I realized that majoring in Philosophy had limited my reading in literature, reading that a writer ought to have done, so I applied for graduate school in English. (I hadn’t heard about MFA programs back then; if I had, I might have tried to get into one.) I wasn’t writing, but at least I was preparing to write. It was just what I wanted and I was able to read widely, from Chaucer and Shakespeare to Faulkner, Fitzgerald, Paley, and Cheever.
I was happy with the choice I’d made, but I was in need of a break from school, so I made a decision that turned out to be momentous: I joined the Peace Corps. I served for two years in South Korea, and while the job was difficult and living conditions harsh, the immersion in an unfamiliar environment—culture, food, language—opened my eyes and took me in an unexpected direction. I still wanted to write, but I also wanted an international career.
I returned to grad school, finished that MA in English, and then, because academia didn’t appeal to me as a long-term proposition, I went to law school, aiming to pursue international law, to live and work abroad. And that’s what happened. After graduation I was offered a job with a large, prestigious law firm, and within two years was sent to one of their offices in Asia. Exactly what I wanted, except that writing remained on the backburner.
Time passed. My work was not always exciting, but I traveled all over Asia and saw more of life than I would have if I’d remained in Chicago, which was its own reward. Eventually, though, I grew disenchanted. I had the idea that I wanted to be involved in international development and poverty alleviation, a holdover from my Peace Corps years. My law firm wasn’t going to get into that work, because it didn’t pay enough, so I explored other options. I quit the firm and went to graduate school again, this time to study international development at Harvard’s Kennedy School of Government, with a goal of working for one of the multilateral development banks. First, though, I took a job as a legal reform consultant in Kazakhstan. No, really!

I lived in Kazakhstan for the better part of a year and found myself with time on my hands, so at long last I began to write. The story I wanted to tell was set against the political landscape of Southeast Asia, a romantic thriller mixed with Eastern Philosophy. I kept working on that project when I came back to the US and eventually finished a massive draft. I even took a class at the Writer’s Center in Washington DC, realizing that I might have a few things to learn about writing.
With no income, though, I began to worry about money. I had not learned the trick of cobbling together teaching and fee-lance work in order to get by, nor was I yet qualified to do any of that. So I began to look for a job, ideally one that would allow me to spend at least some time writing. Finally, I got the job I wanted: Senior Counsel for East Asia at the International Bank for Reconstruction and Development (aka The World Bank). It was a demanding job with a lot of Asian travel (I flew over a million miles in five years), and I was unable to do much more than tinker with my novel manuscript, but I loved it. I felt I was making a real contribution to global poverty alleviation, and adding to my store of experiences at the same time.
But then: the new millennium loomed. It seemed like a propitious time to take the leap and finally pursue my writing dream. 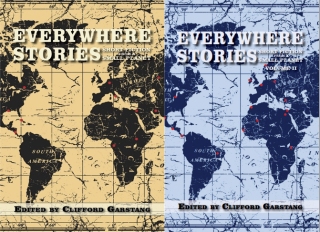 I’ve been writing more or less fulltime ever since. I picked up an MFA in Fiction along the way. I’ve attended countless writers’ conferences and workshops. I’ve written and re-written dozens of stories, most of which found homes in literary magazines and two small-press collections. I’ve done some teaching, some editing, a little free-lancing. But mostly I write. In addition to that first novel I wrote long ago and may someday resurrect, I’ve written two as-yet-unpublished novels and am close to finishing another, with ideas for several more. I’ve got lots to say.
It’s been a circuitous route to Planet Write, but I don’t regret a single step.

Clifford Garstang is the author of the novel in stories What theZhang Boys Know, winner of the 2013 Library of Virginia Literary Award for Fiction and the story collection In an Uncharted Country. He is also the editor of the anthology series Everywhere Stories: Short Fiction from a Small Planet. He is also the author of the literary blog Perpetual Folly. Visit him at CliffordGarstang.com.