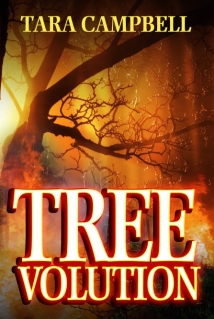 “Did you know the average writer only makes $6,000 per year?”
These simple words from a fellow student marked the first time my desire to write smashed into the wall of the real world. It was 1988 in Anchorage, Alaska, and we were all about to graduate from high school. Most of us were heading to college, either in state or somewhere on the West Coast, the typical migratory path of the sprung Alaskan. But then my classmate John started asking what we wanted to do.
Huh. We had to decide that now? I simply liked school, and I liked writing, so… I don’t even remember saying the words, “I want to be a writer,” but his response etched itself into my brain. It was the first of many times I wondered if it would ever really happen.
My literary drug of choice had always been science fiction. From Asimov to Bradbury to Clarke and on down the alphabet, I was hooked on the question “what if?” Madeline L’Engle’s time- and space-bending A Swiftly Tilting Planet was a revelation to me. I was the nerd who put on a bathrobe and performed a book report on The Hitchhiker’s Guide to the Galaxy in the form of a monologue by Arthur Dent, timed to pre-taped responses from Zaphod Beeblebrox. For another book report I wrote and illustrated a complete issue of the Paszex Paper, in honor of Nor Crystal Tears(my green colored pencils were pretty worn down by the time I finished that edition). By the end of high school I had written the first few chapters of what would have been a truly cringe-worthy novel. That draft moved with me for decades, across the U.S., the Atlantic, and back, until I felt compelled to shred it a couple of years ago. I couldn’t stand the thought of that document ever possibly resurfacing after my death.

But back to high school: graduate we did, and off to college we went. John went on to become a doctor, and I wound up in a traditional trajectory for a liberal arts graduate: as a grad student getting another humanities degree. Subsequently, armed with an MA in German, I embarked on a career in international education and admissions. I was far from driving a Lexus, but at least I was making more than $6,000 a year. I turned to music and painting as creative outlets on the side, never even thinking about giving writing another go.
Then several years ago my partner (now my husband) and I were looking for something new to do together. We took an intro to fiction class at the Writer’s Center in Bethesda. For him it was an experiment with something new. For me, it was a return to joy, like picking right back up with a best friend you haven’t seen in years, and wondering how life came in between the two of you in the first place.
When that class ended, we kept working on our stories. We joined a couple of writer’s groups, and I began staying up until the wee hours to “just finish one scene,” or getting up early to write before work. I also started submitting stories. While many people write for themselves, I’m not ashamed to admit that seeing my work out in the world is a huge motivator for me. And when my first story got published—when I realized there was at least one other person out there who wanted to read the diary entries of a fat cell whose community was about to be rocked by liposuction—I was gratified to know there was still a place for weirdness in the world.
I’ve approached Washington DC as my workshop since then, taking more classes at the Writer’s Center and Politics and Prose, hitting up a million Meetup writing groups to continue improving my craft, participating in readings with lowercase and Inner Loop, writing reviews for the Washington Independent Review of Books, volunteering with children’s literacy organization 826DC, sampling the business end as a Politics and Prose bookseller, and experiencing the editorial side as an assistant editor with Barrelhouse. With my husband’s boundless support, I stepped away from my full time job to devote myself to writing. And this spring it all came full circle when I stepped up to the microphone at the Writer’s Center, where my writing career began, to read from my first novel, TreeVolution.
But as every author will tell you, getting a book published doesn’t magically change your life

(J.K. Rowling excepted). Our job as writers is to keep working and growing. As important as “what if?” is, “what now?” is even more vital. I’m stretching myself now, working on a completely different project in historical fiction, and completing my first year of the MFA program at American University. I came into the program ready to buckle down and cast sci-fi aside to become a more “serious” writer. But this year I’ve learned a delightful lesson: there is more than one way to create, and there are places where commitment to craft and a little weirdness can meet. Being “serious” doesn’t have to mean forgetting the wonder.

Being a writer means being part of an expansive community. It’s all right to bring in the strange. It’s okay to write about talking flowers, or a chlorophyll-based diet franchise, or an interstellar nursery, or frustrated teeth who abandon their human, or an urban genie in a failing relationship, or even genetically modified trees that learn to speak up and fight back—as long as you can create worlds readers want to inhabit and stories they want to hear. Straying from the realist path can be tricky, sure. And you certainly won’t make doctor’s wages. But as long as you can hold on to the “what ifs,” what more do you need?
Excerpt: from “We Are Twenty-Six” in Chicago Literati
Marko’s teeth swayed. They twisted and rocked and eased themselves out of his gums while he, heavy with that evening’s vodka, grunted and snored in his bed.
On nights when Marko gagged and wheezed in the grips of drink, his teeth longed for their mothers, the baby teeth that had come before them, the first ones to work their way into and out of young Marko’s mouth. The little mothers lived together in the small, plastic box in which the tooth fairy had collected them, and which Marko’s parents gave to him long after he had stopped believing in the legend of the tooth fairy.
And so that night, as a much older Marko slept, his teeth tumbled out of his mouth.
Click hereto continue reading
__________________________________ 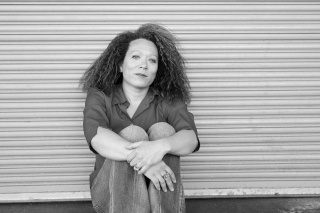 With a BA in English and an MA in German, Tara Campbell has a demonstrated aversion to money and power. She was the grateful recipient of two awards from the DC Commission on the Arts and Humanities in 2016: the  Larry Neal Writers’ Award in Fiction, and the  Mayor’s Arts Award for Outstanding New Artist. Her first novel, TreeVolution, was released by Lillicat Publishers in 2016. Her second book, Circe’s Bicycle, will be published by LitFest Press in fall 2017.