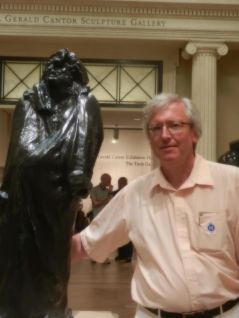 “You will bail us out, won’t you, sweet Mami,” Mirko laughed, at the conclusion of my 2011 story called “Moving On.” That last line from the first of my Mirko tales marks a beginning.

At the time, my stories, reverberating with the influences of Chekhov, Faulkner, Munro and other luminaries, were only taking me down a death spiral.  But Mirko, a hooligan in Bratislava in the sixties, was different.  He shook me, called me by name and said, “Come, let’s do a little slumming.  We’ll have a blast.”

In that flash story he is thrown out of home by his mother and handed over to a father only marginally more responsible than he is. Mirko pushes all the buttons.  He came, he told, he departed.  Almost thirty of his misadventures have since been shared with readers.  I’ve moved to other narrators, to other tales.  But Mirko’s in-your-face attitude, his eagerness to rush in regardless of consequences, was a breakthrough.  I continue to wrestle with long stories and a whale of a novel while finding the challenges and possibilities of flash liberating.
The world of Bratislava, of the sixties, of my childhood, has been fertile soil.  I have dreamt of that world all my life, and now I tinker with the right words.  Other preoccupations have followed:  flying, food, war, fatherhood and sonhood, death.
Adam Zajac, in my serialized novella Wingy Unbound, has discovered the secret of flying which I have longed for ever since watching the gulls soaring over the Danube. A book of my early childhood called Perutenka concludes with the heroine growing wings and flying off, and ever since, imprisoned by one limitation or another, (too young, too clumsy, too daydreamy, too, too, too) I have longed to soar like the gulls, and do so with my protagonists.

Frequently, as I sit at my computer in southwestern Ontario, I suddenly inhale the sweet cherry aroma of bublanina in my grandmother’s kitchen, my mouth fills with the tang of bryndzove halusky, and I am transported to Bratislava, my magic kingdom. I am again at my grandfather’s side as his magician hands turn empty boxes of chocolates full; we ramble through the woods and return with a basketful of fragrant summer cep mushrooms, hands sticky with the juice of berries, both crowned with a wreath woven of field flowers. I am again beaten in dark passageways by groups of jeering hoodlums; my palms throb after an encounter with the bullying Comrade Houskova’s idea of appropriate classroom punishment. My father and I make our Easter sibacka rounds, greeted by neighbors with chocolates for the youngster and a glass of something to take the morning stiffness out for him, culminating in full-voiced singing of folk songs. From those kernels, stories grow.

I dream of my father, his early escapades with me, his dark moods, his absences, his betrayals, his death.  In my eulogy at his funeral I shared the story of how he, a non-swimmer, rescued me when a sudden undertow grabbed my raft, and I only cried in terror.  As a three year-old I accompanied my parents, still married, to Rosutec Mountain in the Tatras, where I scrambled up a bank, fell, looked back, to see a cow low in my face.  My father yelled, “Hybaj, kravisko”, (Get away, huge cow), and that of course became a family tale, and another of my stories. My darker memories of him culminate in my stories of sons cutting down the rope around father necks.
War is the context in that novel I keep struggling with, which I will perhaps, one day, finally bring to a conclusion.  I have seen tanks first-hand, rumbling through the streets of my occupied homeland.  After immersing myself in research to ensure I avoid missteps, I walk away from it, time and time again.  But it will come.  It continues to bubble in me – it has to come out.
So I wake in the morning, see the glint of light on broken glass, hear the echo of an owl hoot, smell cinnamon and nutmeg folded into apple strudel.  My fingers race on the keyboard.  A story pours out.  I break off, like Sheherazade in The Arabian Nights who managed to postpone her death, night after night.  A thousand stories later, she was deemed worthy of living on.  I have many stories yet left to tell.  Perhaps even a thousand and one. 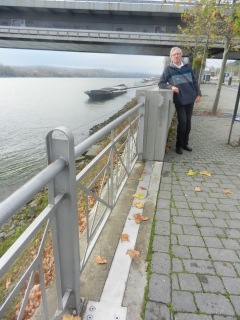 Andrew Stancek entertains Muses in southwestern Ontario.  His work has appeared in Tin House online, Every Day Fiction, fwriction, Vestal Press, Pure Slush, Journal of Compressed Creative Arts, and Camroc Press Review, among others.  He’s been a winner in the Flash Fiction Chronicles and Gemini Fiction Magazine contests and been nominated for a Pushcart Prize.

After the Ball
Hedgehog
Crash
That Small Sailing Cloud

5 thoughts on “JOURNEY TO PLANET WRITE: Mirko and other Muses”