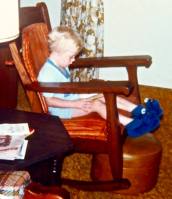 My story is one of those “character wakes up in a strange place with no memory of where he was before” type tales, because I don’t really remember when I came into writing. There must have been some particular moment, but I no longer remember what it was. I remember writing short stories, poems, and such at least as far back as fourth grade including a western mystery novel centering on the perpetrator possessing a brass knife that left a very distinctive wound, which fell apart when I couldn’t figure out at age 9 how a knife would leave a very distinctive wound.

My parents were big into reading and writing, always encouraging my sister and I towards the same, so maybe I simply considered it to be something people did. 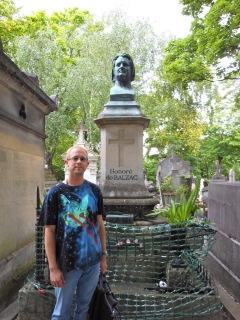 My tastes started leaning more literary as I focused more on trying to figure out why my stories weren’t working. I figured I had to get the elements down before I could build interesting things with those elements, since building interesting things alone hadn’t been working so well. I picked up a few writers’ workshop courses in undergrad. Those seemed to help what was wrong in my stories, so I decided to go back for more. Once I had my law degree down, I went back for a BA in English as preparation for an MFA. Going through both of those, I finally started seeing my stories come up to where they needed to be to function.

This is where my novel in story form, Bones Buried in the Dirt, came from. As part of that very literary realistic fiction, I’d been doing a few child narrator pieces focusing on the same character. I started thinking about a whole series, covering a single story arc, which never brought the child forward to adulthood but instead gave impressions of the adult he would become. That gelled early into my MFA program and my work on that as my thesis eventually gave form to the novel.
Bones Buried in the Dirt turned out so well that I finally felt that I could write stories. About that time, wild hairs started creeping into my writing. Since I could handle a story, I started to bring in more interesting elements. 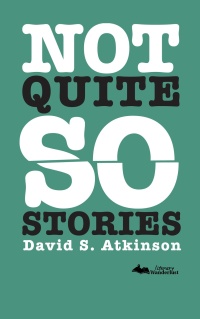 However, The Garden of Good and Evil Pancakes, though it fit that model of interesting things enhancing a solid story, was a bit of a frolic from my main path. Joseph Michael Owens recommended Donald Antrim’s The Verificationist and I got this really odd, greatly mistaken idea what the book was about. I told Joe about my mistake, and he told me to write that. I did, and it turned out to be one of the oddest writing projects I’ve ever gotten involved in, a young woman who may or may not be endlessly trapped in a Village Inn with her ex boyfriend and her ex-best friend, his current girlfriend.
Once I managed to get The Garden of Good and Evil Pancakes out of my head, I found myself still going with those odder stories I’d been working on before. Going against the idea that myths are often supposed to explain the world, I was going with the idea that our lives are inherently inexplicable and wonderful and what we have to do is figure out how we are going to get along with that. The momentum I’d picked up carried me right through the end of Not Quite so Stories, where I find myself pretty much at the present.
The story doesn’t end there though. I started hanging around the monthly F-bomb Flash Fiction Series in Denver. Much of what I’d been working on up until then was too long for reading there, but I had a few pieces that were the right kind of length. They were really odd pieces, strangeness that made The Garden of Good and Evil Pancakes seem like straightforward realism. Going to F-bomb regularly, I started working more on those pieces, writing in a form I hadn’t played with much previously. It’s growing into something, literally as people read this. What that will be isn’t clear yet, but I can only hope that it doesn’t doom us all.
___________________________ 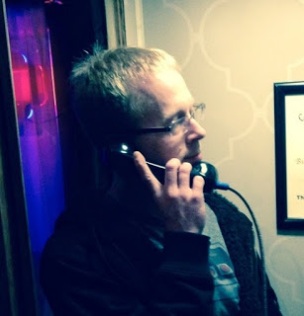 David S. Atkinson is the author of Not Quite so Stories, The Garden of Good and Evil Pancakes (2015 National Indie Excellence Awards finalist in humor), and Bones Buried in the Dirt (2014 Next Generation Indie Book Awards finalist, First Novel). His writing has recently appeared in Wilderness House Literary Review; Bartleby Snopes; Apocrypha and Abstractions; Cease, Cows; and others. He coedits the book blog Eleven and a Half Years of Books and his writing website is http://davidsatkinsonwriting.com/.

1 thought on “JOURNEY TO PLANET WRITE: Awakening With No Memory of the Life Before”