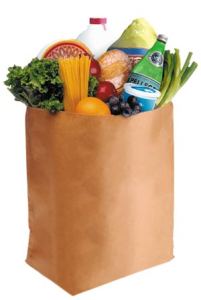 I am rapidly turning into a non-blogger which has both its good points and bad points. I like having a place to go to vent about what annoys me (grocery store seem to pop up in my mind), to announce what’s going on with my writing, and to discuss various issues as they strike me, especially in regard to my creative side. BUT I just can’t see to show up.

I’m not making any commitments, vows, and pronouncements any more. That’s one of my 2010 resolutions. Every time I make a new promise to do something, that will assure the world that it ain’t going to happen. Instead, I’ll just trip a bit here about where my head is at.

1) My head is, in fact, just a wee bit hung over (and what’s wrong with the head is always wrong with the body). Why since I rarely drink? Well, dang, we had dinner at friends for the Oscar telecast and the first thing I was offered was champagne. I have to drink champagne, especially if I’m watching the Academy awards.

2) It was the Maker’s Mark, though, not the champagne that did me in. People kept handing me that nice little glass with the dark amber liquid in the bottom. That happened to me before at the rehearsal dinner of my son’s wedding. I have no memory of that night after the second drink except for a vague image of myself making a toast. I guess my son is lucky his bride’s family didn’t hold it against him.

3) I’m going to go back to grocery stores for a minute.

Okay, enough of that stuff. Phew. I do feel better. Hmm, I’m getting a little bit hungry now. Maybe I’ll go in and have some oatmeal and an episode of Law and Order now. Yes I think I will.