Here I go again, name dropping, but I WAS in the shadow of Disney Studios in Burbank on Saturday afternoon. Literally. However, my business had nothing to do with mice. I moderated a Sisters-in-Crime LA sponsored panel called “Fresh Blood” of emerging mystery/suspense writers at the Buena Vista Branch of the beautiful downtown Burbank library.

And a lively discussion it was. The panelists, each representing a different branch of the mystery/suspense genre, offered insights into writing engaging characters, using setting as character, and how most writers today feel more free to cross genres and sub-genres.

Eva Batonne’s heroine in Diva is a tough cop from St. Louis who finds herself caught up in the fake death of a singer in Malibu. The author discussed how the contrast of Joan Lambert’s midwest upbringing with the world of glitzy L.A. helped her to test her character’s vulnerability and determination to succeed. Diva, categorized as a police-procedural, crosses into romance, metaphysics, and contains depth of language that flirts with literature.

In Mirrorball, Jack Maeby’s protagonist, musician Jimmy Mack, spent the disco era trying to break free from the anti-psychotic meds after being released from a psychiatric hospital. The author, a musician himself, drew upon his observations of the music business to create his unique character as disco narrowed the job market. Mirrorball is a crime-fiction suspense which contains gritty realism about how difficult it is for those treated with certain medications to live a normal life. 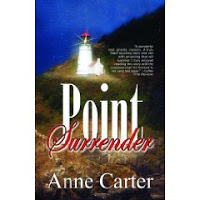 Point Surrender, written by Pam Ripling who also writes under the name Anne Carter, is about a school teacher who after a painful break-up seeks refuge in her brother’s newly-purchased lighthouse. Amy Winslow begins to restore the rundown structure and soon discovers that the ghosts of the past are threatening her future. Again genre is stretched to include romance, mystery, and paranormal suspense as the author reveals her protagonist’s strengths and vulnerability.

These panels are organized with great efficiency and care by Gayle Bartos-Pool. Check out her website.